Optimized product to transfer mRNA into the cytoplasm of living cells 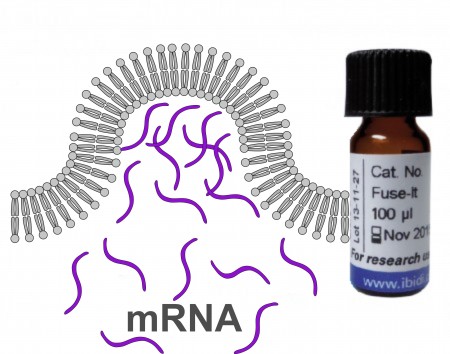 Two hours after fusion (efficiency of 80-100%, independent of cell type used) first protein signal is already detectable and can be analyzed.

Fusion efficiency after the transfer of eGFP-mRNA in CHO cells using Fuse-It-mRNA:

In just 2 hours after starting the experiment, the fusion efficiency is 80-100%, and GFP-mRNA is already detectable in the cells. The eGFP amount increases and remains stable for more than 3 days